On April 3rd and 4th 2018 KMS brought together a diverse set of pastors and lay leaders to commemorate the life and legacy of Martin Luther King Jr. on this the 50th year of his assassination.
Saturday evening April 3rd a group of us attended St. Sophia’s Greek Orthodox Cathedral in Washington DC to hear from His Eminence Archbishop Demetrois lead the Holy Tuesday Easter Week service and than convene a special ecumenical program with guests which included heads of communion for Mainline Protestant churches and a presentation on the ACT Now: Unite to End Racism ecumenical campaign. 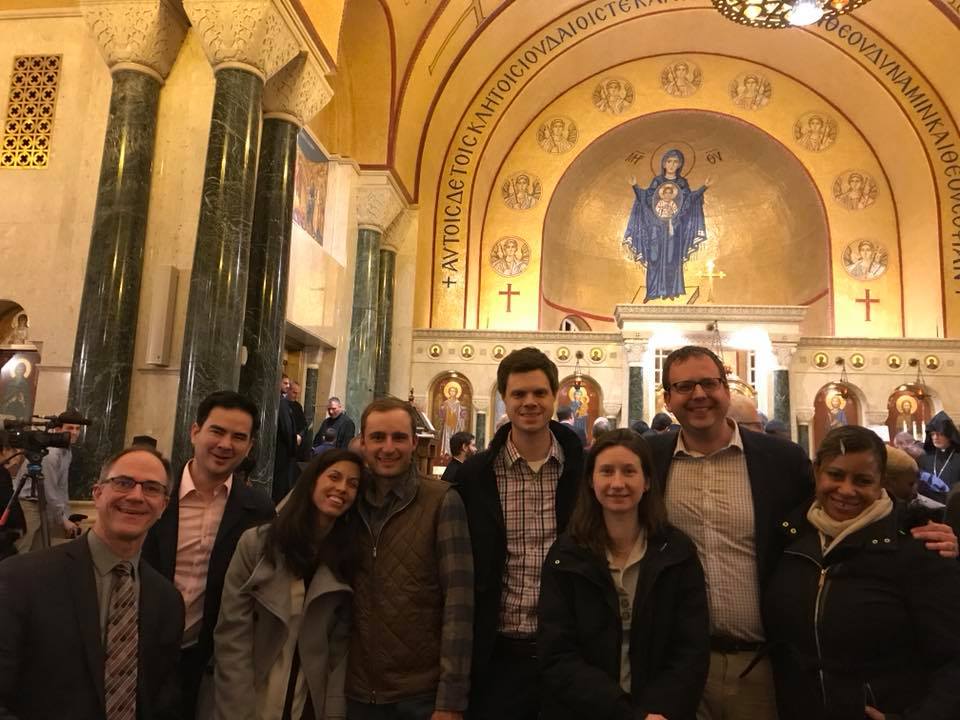 Archbishop Demetrois shared about the work of Archbishop Iakovo (1911-2005)  and his work on supporting the work of Dr. King. You can read and hear Archbishop Iakovo talk about this decision in his own words.
The next morning those who were able joined us at the Martin Luther King Jr. memorial for a silent walk to the national mall. It was a solemn procession to remember his life and legacy and the work that still needs to be done.
The walk and rally was an honor to the life and legacy of Dr. King who called the church to speak up and a man called the church to be pastoral even in the midst of our gravest national sins.
April 26, 2018 at 7:30 pm kingdommissionsocietyjusticeandpeace 50th Anniversary, ACT Now: Unite to End Racism, Archbishop Demetrois, Archbishop Iakovo, KMS, Martin Luther King Jr., Martin Luther King Jr. Memorial, Selma, St. Sophia Greek Orthodox Cathedral Racial Reconciliation in the Church Share via: